Book Promotion - The Movie Star and Me by Kelly Durham

Good Monday everyone!
I want to start this week by introducing you to this historical fiction novel by Kelly Durham. Summary and author info are down below! 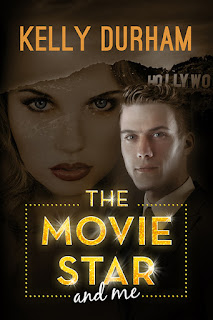 Synopsis:Author Kelly Durham has captured Old Hollywood in his entertaining new novel, The Movie Star and Me (August 9, 2016) and exposes readers to the history of the movie business in this historical fiction tour de force. Movie magic, labor strikes, HUAC committee hearings and the business of show business are revealed as a colorful cast of characters fight for their self-interests--with surprising results. The Movie Star and Me follows Frank Russell, a young veteran just returned from the Pacific war.  On the ship home from Okinawa, Frank discovers several cans of newsreel film in his duffel bag.  Once he lands in the States, Frank returns the film to its owner, Pacific Pictures in Hollywood.  Over the course of a couple of visits to the studio, Frank impresses its owner Abe Baum, who offers Frank a job.  Frank continues to impress and is quickly promoted, earning the attention of Vera Vance, an up and coming starlet. Under Frank’s tutelage, the ambitious Vera becomes the studio’s top box office attraction.  But there are secrets at Pacific Pictures that threaten futures, and Frank gets caught up in a high-stakes battle where people aren’t always what they seem to be.
Buy the Book 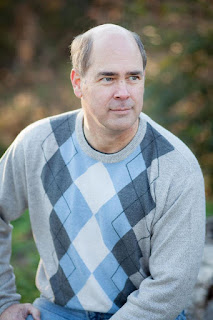 Biography:Kelly Durham lives in Clemson, SC with his wife Yvonne.  They are the parents of Mary Kate, Addison and Callie and also provide for their dog, George Marshall.  A graduate of Clemson University, Kelly served four years in the US Army with assignments in Arizona and Germany before returning to Clemson and entering private business.  Kelly is the also the author of THE WAR WIDOW, BERLIN CALLING, WADE’S WAR and THE RELUCTANT COPILOT.  Check out all Kelly’s books at kellydurham.com.Follow him on Facebook at https://www.facebook.com/KellyDurhamAuthorTweet him on Twitter @KellyDurhamAuthor

Email ThisBlogThis!Share to TwitterShare to FacebookShare to Pinterest
Labels: 2016, book promotion, Kelly Durham, The Movie Star and Me