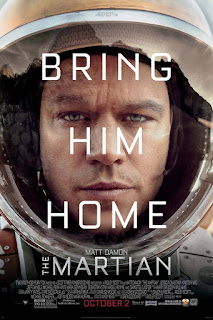 For those who only saw The Martian movie, it must have been great. It is very cool, original and very well done, but you have missed out on a lot of things in the novel that the movie couldn’t include.
First of all the novel is funnier, have more action and obstacles for Mark to overcome.
Mitch’s character should have been more hot headed. Sean Bean was more relaxed and soft spoken than what the novel depicts.
Of course, Hollywood could not just keep things as they are and had to change things. They changed how the ending happened. It is still the same ending, just the process of getting there changed. They changed Venkat name to Vincent and instead of him being Indian he became black. Hollywood just can't follow simple characters features (it's not like the characters were exhaustively described like in other books.)

Still I liked to see Matt Damon as Mark Watney. The movie was visually appealing and was well directed to flow smoothly. It was a good watch. Still, the book is hundred times better.
You can read my book review here.
Have you read it? Which did you like better?

Email ThisBlogThis!Share to TwitterShare to FacebookShare to Pinterest
Labels: 2016, movie, The Martian