Hello!
Have a look at this science fiction thriller by Xander Gray and Adam J Nicolai (editor). The purchase link is at the bottom. 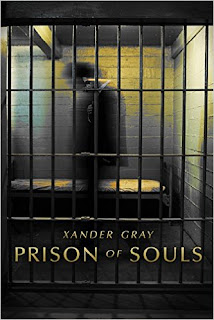 Joshua Briar, a quantum physicist specializing in an exotic matter, finds himself in prison for a murder he did not commit. Only a frame job could account for the surveillance footage and the ballistics. But who would want to frame him? And why? Tantalizing clues arrive in cryptic letters from an anonymous benefactor. The letters describe top-secret research into nanobots, quantum computing, and other futuristic technologies. One of these letters contains a photo of a sinister, faceless man, an entity that has haunted Joshua's epileptic trances since childhood. Seeing it unearths a mountain of repressed memories, and suddenly Joshua realizes the prosecution's key witness conducted frightening medical experiments on him long ago.When his fellow prisoners begin vanishing one by one, Joshua realizes a vast conspiracy has followed him into prison. Can he unravel the mystery before it's too late?
You can find this Sci-Fi Thriller at Amazon