Book Promotion - Embracing the Wild in Your Dog by Bryan Bailey 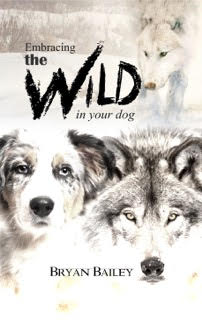 Short Summary
Some time ago, dogs became as interwoven in the American culture as baseball, apple pie and the Fourth of July. In fact, in most households, the dogs have even trumped evolution itself and jumped straight to being four legged humans where they are adorned with human names, designer outfits and fed diets that would confound even the best nutritionist. In most cases, we've granted them our human intelligence and our sacred human emotions as well. They are no longer dogs to us, they're family! Yet, for all that man has done to carve the wolf from the wild to create a surrogate human, today's dog is still a wolf at heart and the accompanying instincts borne from such ancestry defines how the dog approaches its world.
The ontogeny of anthropomorphism, where we attach our human traits to our pets, is the most damaging and paralytic problem associated with dog ownership today. Believing in a fairy tale world where dogs possess the same moral consciousness and a sense of altruism as attributed to humans has led to a drastic increase in leash laws, dogs being outlawed in a rising number of city and national parks, some breeds being banned in several states, an alarming escalation of aggression to humans, a rising cost in homeowner and business insurance, and a record number of clinically maladaptive dogs.
This book is not a training book. It does not cover obedience topics such as heel, sit, down, stay, and come. Instead, it's about righting the ship of American dog ownership by changing our perception of our dogs. It is about the author growing up in the Alaskan wild under the tutelage and guardianship of a Special Forces survival instructor who introduced him to the ways of wolves and the similarities they shared with dogs. It is about the wisdom and splendor of nature and the many life lessons she provides. Mostly, it about developing a deep understanding of the authors of your dog's behavior; nature and the wolf. In doing so, you will truly learn who and what your dog really is and the whys and hows of its behavior. You will learn the tools that nature gave them to survive and coexist in both the mountains and in our homes. You will learn how activating and deactivating natural impulses and mechanisms in your dog will lead to the harmonious existence and the control you always dreamed of. Most of all, you will come to embrace the wild in your dog and the grace and the peace that is breathed into its acceptance.”

Author Bio
Raised in Fairbanks, Alaska, Bryan Bailey grew to appreciate the wildness of the land and its abundant wildlife. In particular, he developed a fondness for the gray wolves that roamed the vast mountain ranges and forests near his home. Under the guidance of a Special Forces Survival Instructor, he spent years studying the social interactions of wolves in their packs and discovered that, beyond obvious physical similarities, there were also behavioral similarities between the wolves and the sled dogs that were his family's pets.
Today, with over thirty years of education and experience studying wolves and other predators, Bryan has become a Master at understanding how nature has influenced the inner workings of the canine mind. Taking his cue from nature, Bryan utilizes her lesson plan to shape the behaviors in our dogs that are necessary for them to conform to our human existence. By doing this, and accepting the dog for the domestic wolf that it is, Bryan produces a dog that responds to his owner's commands with not only steadfast reliability, but with the spirit and vitality of the wolf.
Bryan is currently busy writing his second book, "The Hammer - Understanding Canine Aggression." He hopes the book will educate readers about the most dominant tool in the wolf and dog's bag of survival equipment - Aggression (The Hammer). This tool has allowed for ingestion, digestion, reproduction and survival by wolves for thousands of years in a very hostile and competitive world and it was passed to our dogs. Its use by our dogs is often misinterpreted and misunderstood and this has led to an increase in avoidable attacks to dog owners and their children.


Bryan and his wife, Kira, live on the banks of the Mississippi River in Memphis, TN, with their children, dogs and cats.  Together they own ProTrain Memphis and Taming the Wild. 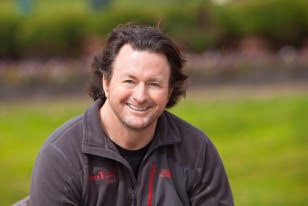 Email ThisBlogThis!Share to TwitterShare to FacebookShare to Pinterest
Labels: 2015, book promotion, Bryan Bailey, Embracing the Wild in Your dog