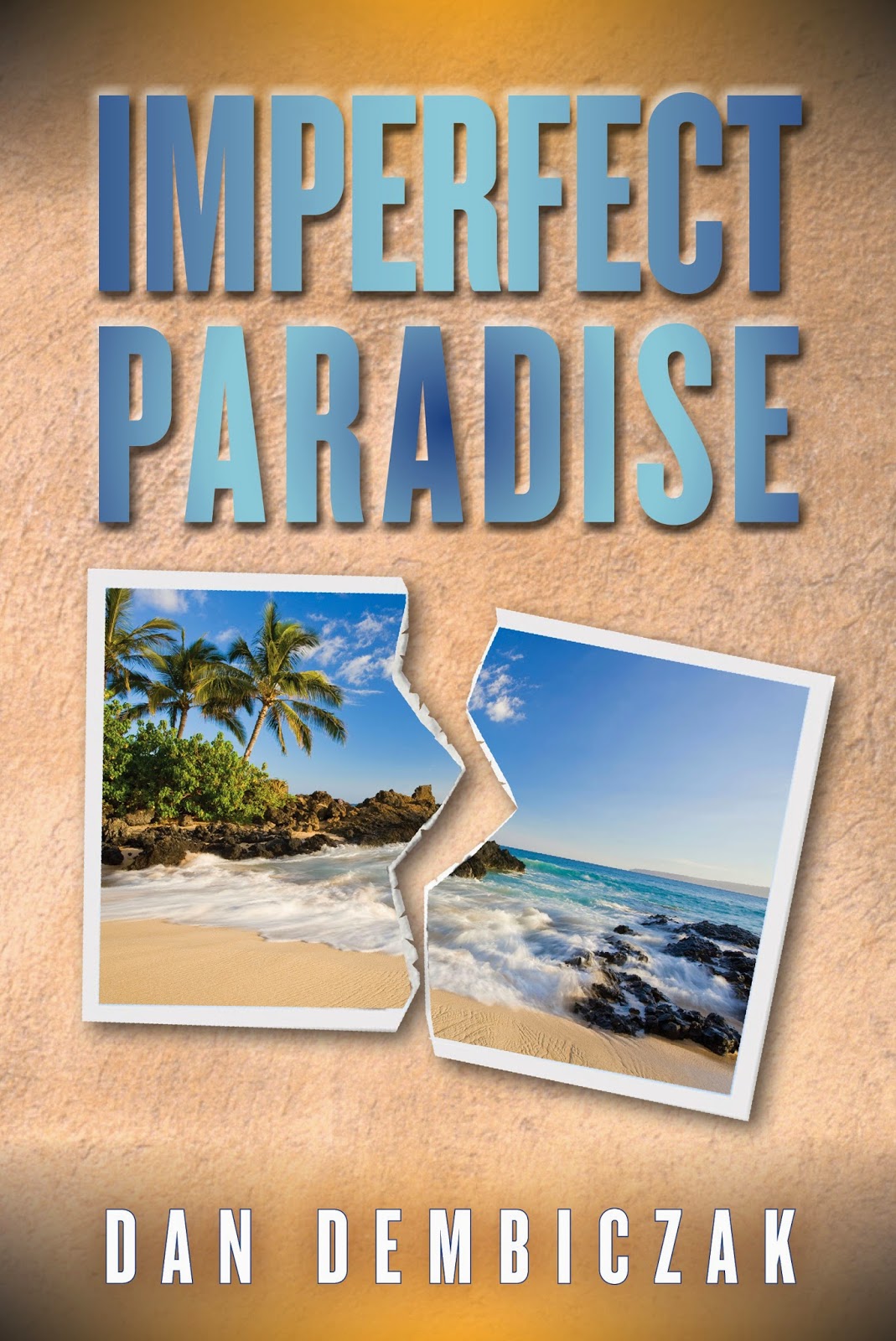 Imperfect Paradise tells a story of internal awakening and delivers a powerful message about hope, happiness, and finding your place in the world. A classic romance with a contemporary twist, it is sure to appeal to fans of modern, liberating fiction.
For thirty-two-year-old Sarah Chizeck, marriage was not an option, but an expectation. She was raised to believe that a woman’s main focus is to get married and start a family, and she put everything on hold to accomplish this goal.


When she finally marries her boyfriend of five years, Michael—a smart, successful and charismatic dream—her family is ecstatic; but is Sarah? Underneath Sarah’s smiles, feelings begin to surface.
Sarah’s career and personal interests were not all she put on hold to pursue marriage. She also put her feelings on the backburner and buried her emotions. When she reluctantly goes to Hawai’i for her honeymoon, the raw beauty of where she is and who she is surrounded by drudges up passions, and she is both pleased and alarmed by the sensory experiences she encounters.
Terrified by her attraction to a handsome young concierge, Sarah is forced to confront her emotional state, as well as emotions she previously ignored, and she ultimately comes to surprising revelations about her upbringing, marriage, and future.
Guest Post by Dan Dembiczak

When I began working on Imperfect Paradise, I knew it was a woman’s story.  And not just any woman.  Sarah Chizeck – the protagonist – is deeply complex, somewhat challenging and absolutely human.  The inspiration for her began with taking the women’s self-discovery stories of the late 1800s and putting it in modern times.  I was most interested in Kate Chopin’s The Awakening, a book that spoke to me at an early age and the power of the story has stuck with me for a long time.  In early feminist fiction, the woman was always seeking to escape – and unfortunately the only escape route meant her own demise.  I wanted to explore a more positive option, but equally delve into the messiness of figuring out one’s true path.  I also looked deeply into Henrik Ibsen’s A Doll’s House and, for a more contemporary point of reference, The Hours by Michael Cunningham.

As far as comprehending a woman’s feelings and gaining insight, beyond being a huge fan of women’s fiction, I grew up around a lot of women.  I’m the youngest of four siblings, with three older sisters.  So it was like I had four mothers!  I’ve also had some very special female friendships over the years and observed the markedly different experience a woman has even in these modern times.  I chose first-person narration because of its personable nature and its ability to connect the reader to the character’s inner emotional states.

I wanted Sarah to be a challenge for the reader, much like Edna was in The Awakening.   At first we see her as a privileged newlywed whose biggest problem is that she didn’t get Paris for her honeymoon and instead has to spend two weeks at a Hawaiian resort.  But then as the story unfolds and we learn of her backstory, it becomes more evident that she isn’t living life for herself.  She’s trying to fit into a paradigm her family and society have set for her and ignore her doubts, regrets and misgivings.  We learn that she has never faced up to a desire to create art, not just work behind the scenes (which was her career before quitting work to focus on wedding arrangements).  She wants a say in things.  She wants her own life, but has never known how to articulate that until this bizarre awakening takes place on a tropical island while her husband golfs.

In the end, Sarah is a woman who is willing to withdraw from an extremely comfortable place to find her true self.  And to live it.  Her story isn’t so much about which man is better for her, but about unraveling her deepest truths and greeting them with the warmest aloha. 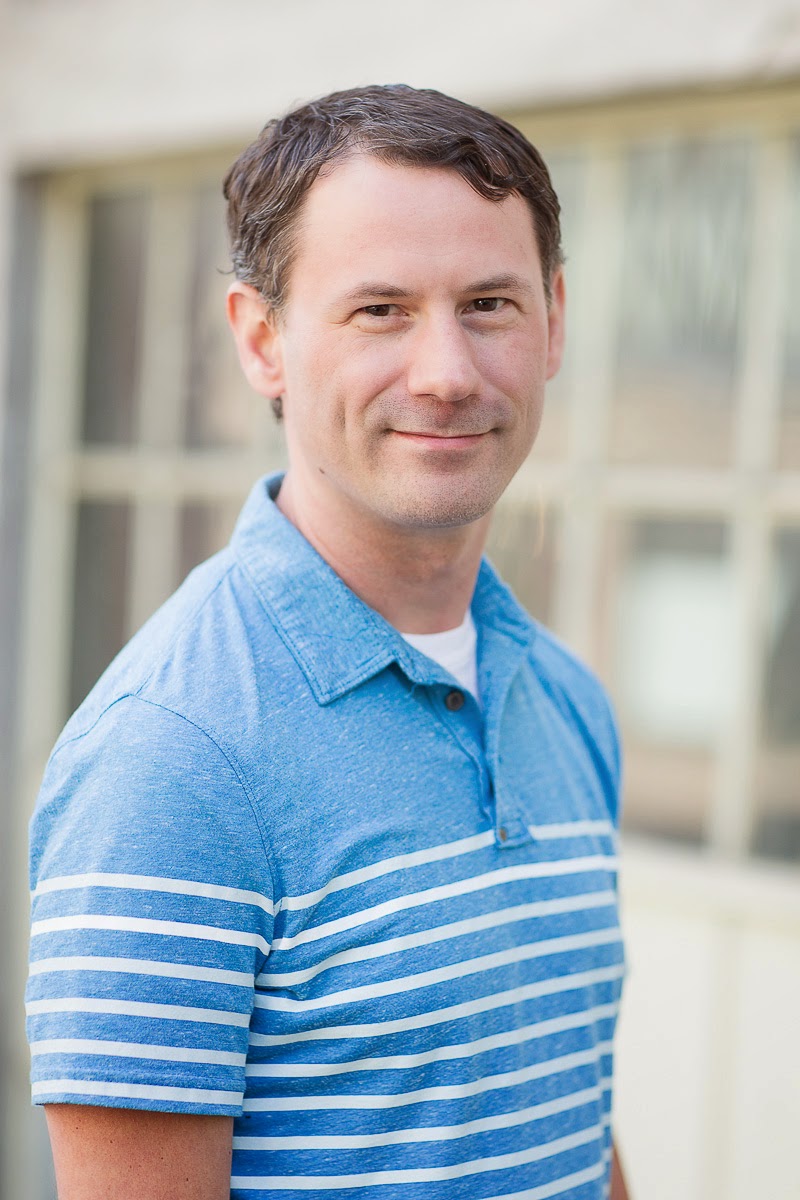 Dan Dembiczak is a Seattle native who began writing stories as soon as he could spell. He earned a BA in creative writing from the University of Washington and has worked extensively in local theater as a playwright, actor, director, and producer. Eight of his plays were produced in Seattle, including the popular four-part Capitol Hill High series, and a number of his articles and short stories have appeared in publications in Seattle and Los Angeles.
Dembiczak has traveled extensively to the Hawaiian islands, particularly the Big Island, where he was married in 2008, and considers Hawai'i his second home. He primarily resides in Seattle with his husband, dog, and chickens, and is currently working on his second novel.
Follow Dan on Twitter @ImperParadise
Like him onFacebook and Visit his website
Posted by Unknown at 10:00 AM