Take a look at this new book from Valerie Davisson! A link to sample is added below. Try it and if you like it, buy it! Enjoy! 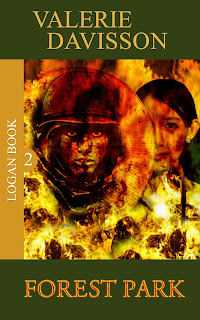 Critical choices made in the drama and chaos of the last days of the Vietnam War reach across the Pacific to modern-day Portland, Oregon, threatening to destroy the lives of those who managed to cheat death in 1975. When a violent explosion takes a woman’s life just steps away from Logan McKenna’s downtown hotel, the police suspect all the wrong people, including a homeless vet and two of Logan’s new friends; but are any of them completely innocent?

While unraveling the tangle of half-truths and secrets to help her friends, Logan’s personal life suffers an explosion of its own. Each character must decide not only whom to trust, but at what cost.

In addition to writing a great story, in FOREST PARK: Logan Book 2, Davisson skillfully deals with tough questions about our attitude toward refugees, immigration, the homeless, and our military vets. Through the eyes of her original and complex characters, she invites us to explore the true nature of hope, redemption, family, character, and love. 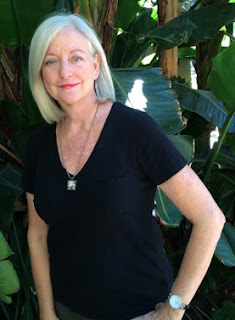 Born in the county hospital in French Camp, California, Valerie 's childhood started out normally. Her father was becoming a CPA, her mother, a stay-at-home Mom. But within a few short years, the family, her mother 7-months pregnant, boarded a plane to Munich, Germany. They embarked on what was to become a life of travel, eventually living in Germany, Japan, Italy, and both coasts of America. It was the perfect childhood for an imaginative, curious, little girl.

Anticipating every new house, apartment and back yard, she always expected to find secret compartments or hidden passageways. The creek behind her home in Virginia led to many excursions rife with water moccasins and painted turtles, including one particularly dangerous encounter raiding the neighborhood boys' tree house. The clearly marked "NO GIRLS ALLOWED!" seemed like an open invitation to her 12-year-old self.

Always preferring to work outside with her dad, rather than do housework indoors with her mother and sister on a sunny, Saturday afternoon, when it came time to get a job in high school, she opted for anything other than one stuck behind a desk. So, in spite of the fact that she'd never taken swimming lessons, she flailed her way through the lifeguard qualification tests and became one of the first female lifeguards ever hired in town.

The next year, when she went away to college, and needed a little more money than waitressing provided, she applied for the job of manager at a pizza place nearby. When the owner told her he was thinking of paying "a man with a family" $700 a month, she said, "That will be fine, I'll take it." She was, again, the first female ever hired for that job. Years later, a dance studio wanted her to sign a contract stating if she got pregnant in the first year of employment she'd have to pay a $2,000 fine. A newlywed, she promptly quit and proceeded to get pregnant with her first son.

A self-admitted book addict, Valerie was the kid with the flashlight under her pillow. A life of travel with exposure to many different cultures led to a pervasive interest in people, with degrees & teaching credentials in Cultural Anthropology & English.

Writing and Teaching became twin passions, and she feels lucky to pursue both. With the support and distraction of her husband, John, their 6 children, a growing tribe of grandchildren, and a very supportive Girls' Night group, she is hard at work on Book 3, Logan's next adventure.