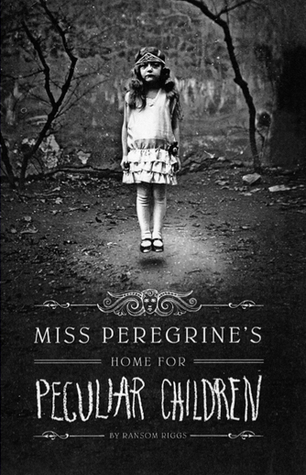 One of the biggest boosts to a book's popularity and readership is the translation of the story into the big screen. The film industry nowadays is working really hard to bring the written word onto the visual world in a cool and vastly entertaining manner. So it is a big encouragement to read a novel when you know it will soon become a motion picture and that's what happened with Miss Peregrine’s Home for Peculiar Children. When I heard Eva Green was going to play in this dark tale, I had to read the original book.

I was able to get an audiobook and it was a fast listen in just 4 days. The story was promising at the beginning with all the potential to open a new world where monsters and heroes came in different forms, but I was a bit disappointed. As others have said, the story seemed like a recycled version of X-men mutants (even the origin story date back to the world war as with Magneto) with some freak circus show thrown into the mix. The main protagonist, Jacob, wasn't the most sympathetic character and many characters except Abe, Jacob's grandfather, were lacking depth.
Although the core story was not the most original it still had some interesting elements such as Miss Peregrine ability to take the form of a bird and create time loophole where time repeat itself everyday. Maybe Miss Peregrine should have been the main protagonist and make the story her adventure.
Despite all of that, I am still open to the movie and will give it a shot just to see the work Eva Green and Samuel L. Jackson did in it.
Posted by Unknown at 1:16 AM