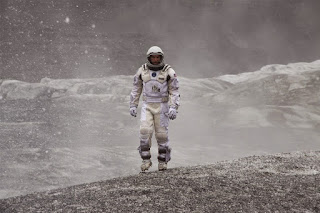 2014 is a great year for science because of its vast range of movies that are scientifically correct, science friendly (no mad scientist), or just your classic si-fi. Here are 4 science related movies that I recommend to all those want to scratch their scientific itch.

1. Interstellar
Interstellar is by far on of the best science movies of 2014 if not of the 21st century. The film depicts several accurate scientific facts including the black hole which is a real physics simulation. The movie vision of the robotic assistance that we might have in the future is wonderfully imaginative where robots have so much power but do not look like humans. The journey through space respected the shifts in the time flow from one planet to another in a realistic manner. This movie is a big, cool, well done, publicity to the fascinating science of  astrophysics, engineering and even biology. 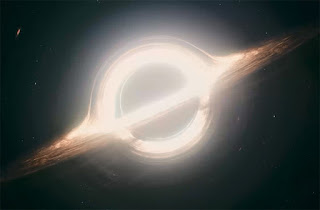 2. Big Hero 6
Now this is a huge jump from Interstellar but Big Hero 6 definitely has the right to be on this list. First, it's a Si-fi animation which means there is almost not limits to what the scientific extravaganza can go to. Plus, the setting is around a university, engineering labs and home tinkering turned awesome. 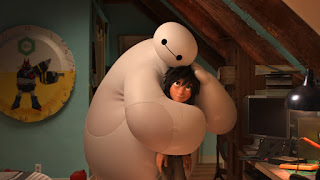 3. The Theory of Everything
I love this movie. It is about one of the most famous scientists of our time. Stephen Hawking's life, his struggle with his illness, ALS, and how his wife's courage helped him through it, inspiring us all. It is amazing to finally see scientists right and centre of Hollywood. Their lives depicted in an enjoyable fashion different from textbooks and biographies. 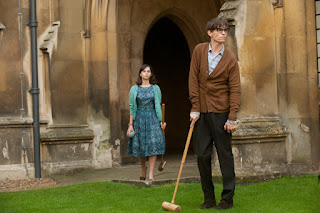 8. Lucy
I personally didn't love the movie, because with it realistic feel in the beginning it had an unrealistic and unexpected ending which for me took a lot from the potential of the movie. On the plus side, I love how scientists are the good guys here and Morgan Freeman is one of them which is a huge plus to the scientific feel of the movie. Also, the movie is an attempt to explore a simple scientific myth: if we presume an average person uses 10% of the brain's capacity, what will happen  if 100% is used?

Email ThisBlogThis!Share to TwitterShare to FacebookShare to Pinterest
Labels: 2014, big hero 6, intersteller, Lucy, movies, science, The theory of everything