Review - The Waves by Jen Minkman 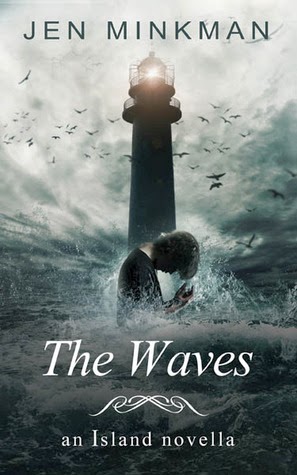 Self published | 174 pages | 2013
Jen Minkman takes us back to the world of The Island where the foggy past, the current beliefs and the hopeful future intertwine in her new dystopian novella, The Waves.


I liked going back to that world and live the adventure from the other side of the wall. It shows how two outcomes can be possible from one incident that made Fools and Unbelievers separate. The novella tackles tough questions like the place of religion within the government, the need to believe and have faith in something. Also it brings an interesting view on the character of villains where it is not all black and white but all the bad guys have a gray zone. There is no master evil who is trying to control the world. The novella depicts how power and wrong beliefs can push some to do things to survive and uphold the community's harmony.

With all these serious themes, the book still has enough action and adventure.  All of that is powdered with the sweet romance between Walt and Leia which is brought through Walt's point of view.
This change of perspective brings a different dimension to the story.
It does not only tells how Walt came to meet Leia and how his feelings for her grew stronger but also shows his character under a natural light. He is not always the hero who helped Leia when she needed him. He also has his doubts and insecurities to battle as he tries to find what to belief and what to do. We also get to see his different relationships with his cousin, his grandfather and his grandmother that only accepted to talk to him recently to reveal a secret  that many wished to be forgotten.

All in all, the story was a joy to read. The plot was nicely done, fluid and easy to follow despite having many intertwined elements that rang from serious to light-hearted. If you liked The Island, you will definitely fall in love with The Waves.

P.S. There is a third sequel coming soon. I am so excited to read it!