Review - Man in the Empty Suit by Sean Ferrell 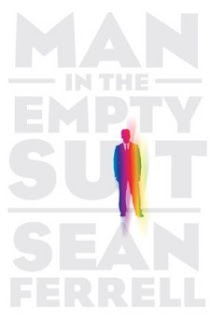 One of the most twisted story I have read in a while.
Reading this book was like wanting to solve a puzzle but at the same not wanting to do so because it would be the end of a great adventure.


The name of the main character is a mystery. He refers to his other selves by their prominent characteristic, screwdriver, seventy, Yellow, The Nose, The Drunk and the Suit. As the character goes from one situation to another you wonder who will he be next and will things go as last year.
The main theme of this story is not the time travelling but self finding. Through all the years he lived and all the years he will live did he really live it to the fullest when all he does is let thing be since all that will happen will happen whether he tried to stop it or not.
Alcohol and self control were prominent motifs of the novel and were a point of struggle of more than one character.
As twisted at the story goes, there is nothing more twisted than Lily's character. While reading, I was wondering how an actress can portray her. She is a person, playing a role of another person that will become another person because she left herself memories of a person she is not and she will become only in another alienated version of it. yup, I don't get it either. None the less, it added flair and mystery to the plot that allowed character growth.
The description of the universe in which the story takes place is handsomely done. It give a colourful, but somewhat a cold feeling to the city. I might be because of how everyone care but doesn't do anything to help. A beautiful touch was the introduction of the parrots. It was lovely twist on what might really happen if  there was another type of bird inhabited a city instead of pigeons.
All in all, a fantastic novel, a great read and an infinite possible conclusions.
Posted by Unknown at 10:00 AM